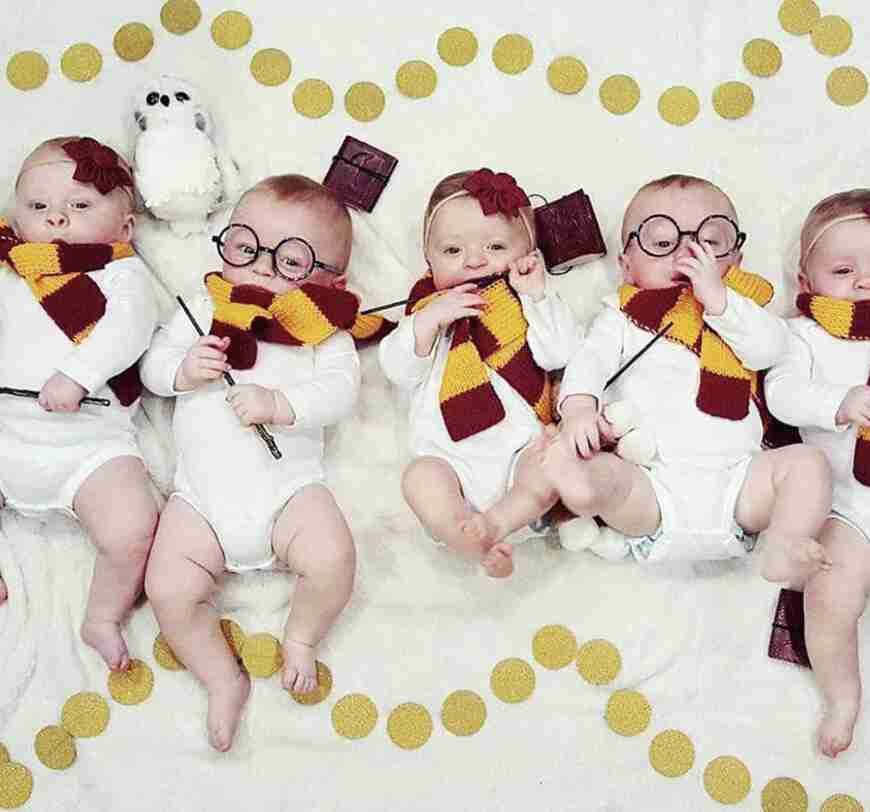 You know him better as “Mad-Eye” Moody, but his given name is a variation on Alexander, which means “defending men.” It’s a cooler—and more unique—way to pay homage to an Alexander in your family tree.

The first of several names bestowed upon the Hogwarts headmaster Albus Dumbledore, Albus means “white.” And hey, even Harry and Ginny used the name for their own son.

The doomed sister of Albus Dumbledore, Ariana sports a currently popular name—it’s in the top 75 and still on the rise. Ariana is an Italian name that means “holy.”

The patriarch of the Weasley clan sports a classic name that means “bear,” and is associated most famously with the legendary king with his Knights of the Round Table.

Maybe the character, the slightly lecherous Cormac McLeggan, is a little icky, but the name certainly isn’t. Cormac is a delightful Irish pick that means “chariot driver,” and might be a great alternative to some of the ultrapopular Irish names like Aiden and Colin.

Credence comes from the larger magical universe, as an abused wizard in the Fantastic Beasts and Where to Find Them tales. It’s one of the rare virtue names for boys, and means “believer in truth.”

A few Slytherin fans have taken the name of Harry’s in-school nemesis for their own kids. The name’s a strong one that means “dragon.”

Fleur Delacour definitely made a mark in the series, first as one of Harry’s competitors in the Triwizard Tournament, then as Bill Weasley’s wife and fellow anti-Voldemort warrior. Her name is French for flower.

The only Weasley daughter was a fierce Quidditch player, a bold member of Dumbledore’s Army—and Harry’s future bride. It’s an Italian variation on the Arthurian classic Guinevere, and means “white wave.”

It’s continually surprising that Harry hasn’t made waves here in the U.S., between the popularity of Harry Potter and the popular real-life prince. Harry is a nickname for Henry, and shares its meaning, “ruler.”

A classic name found in Shakespeare’s plays as well, the brilliant “greatest witch of her age” (and Harry’s BFF) wears a name that’s inspired by Hermes, the emissary of the Greek gods.

Harry’s father may have died before the story even began, but his presence is felt throughout the books (and not just as Harry’s middle name). James is a top 10 favorite, and means “supplanter.”

Harry’s mother and protector bear one of the loveliest—and most popular—floral names out there. (Harry also picked it for his own daughter.)

Luna has been one of the breakout baby name stars from the series, skyrocketing in popularity after J.K. Rowling introduced the quirky-cool character Luna Lovegood in the Order of the Phoenix book. Luna means “moon.”

The wise Gryffindor leader—and future Hogwarts headmistress—Minerva McGonagall always had a soft spot for Harry. Her name comes from the Roman goddess of wisdom.

Poor Moaning Myrtle was doomed to spend the afterlife in the girls’ restroom after a tangle with a Basilisk. Her name comes from a plant that bears pink and white berries and is a symbol of peace.

This sweet first name works beautifully for the Hogwarts Herbology professor—it means “an apple,” and was associated with the Roman goddess of gardens.

Madame Pomfrey gets this on-the-nose name. The bright and cheerful flower also produces opium, often used to dull pain in the medical field.

Harry’s BFF and Hermione’s future husband, Ronald sports a name that reached its peak in popularity back in the 1950s. Ronald is a Norwegian name that means “counselor to the king.”

Rowena Ravenclaw was one of the founders of Hogwarts with a Welsh name that means “famous.”

Beloved Hogwarts gamekeeper and Care of Magical Creatures professor, Rubeus Hagrid was given this name, which means “red.” (Think ruby.)

Hogwarts co-founder Salazar Slytherin was given this Basque name, which means “old hall.”