TOP CRAZY UNIVERSITY TRADITIONS FROM AROUND THE WORLD

Many consider the best memories of student years those associated with the traditions of the institution, with the most original and unusual. Traditions give students the opportunity to unite, have fun and do things that in real life they do not allow themselves. But there are so extravagant, immoral entertainment activities among the traditions that often lead to violation of the law and impede learning.

Despite everything, the traditions of the universities promote the unification, enable to develop the spirit of oneness among students. And the longer they exist, the crazier they become, for example, like these ten students' habits. 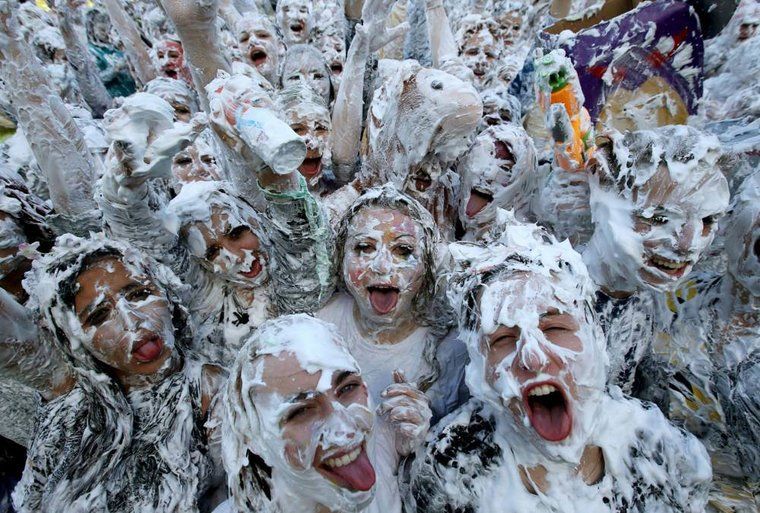 Raisin weekend – a tradition that goes back centuries. Once freshmen was giving undergraduates raisins because they helped them to adapt to studying and living in the university and to join the new team. Since then, much has changed. Today raisin weekend, that takes place in November – is the sea of booze, uncontrolled parties and other entertainment. The culmination of the event is the fights with shaving foam on Monday morning, that completed a crazy celebration that lasts all weekend. 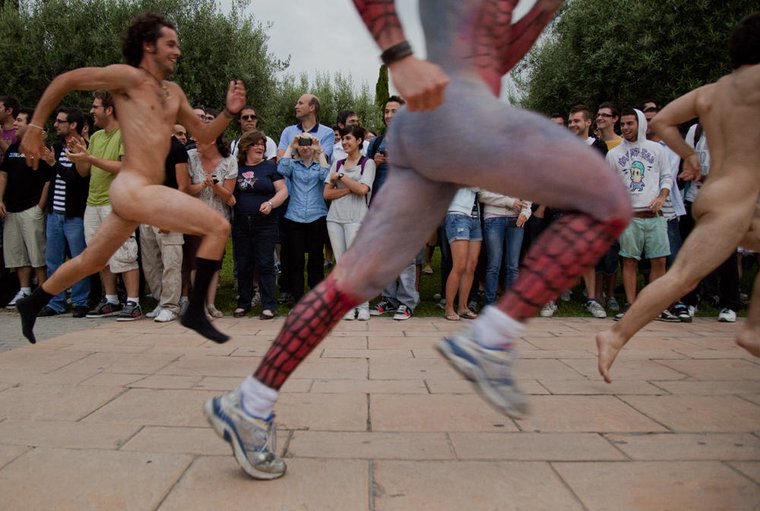 One of the most unusual traditions, which is present in many colleges and universities around the world – is jogging in the nude. Typically, the majority of the inhabitants of the campuses perceive public denudation with disapproval. However jogging naked became so popular that administration even willing to involve the police or security to ensure the safety of students who decided on such a brave act for which, according to the law, should be arrested. The places where such events are held, are very diverse, ranging from the streets of the campus and ending with libraries, like at the Yale University. Of course, not all educational institutions decided to run in the nude. In some colleges, students still prefer to wear underwear at least, but streakers are everywhere. 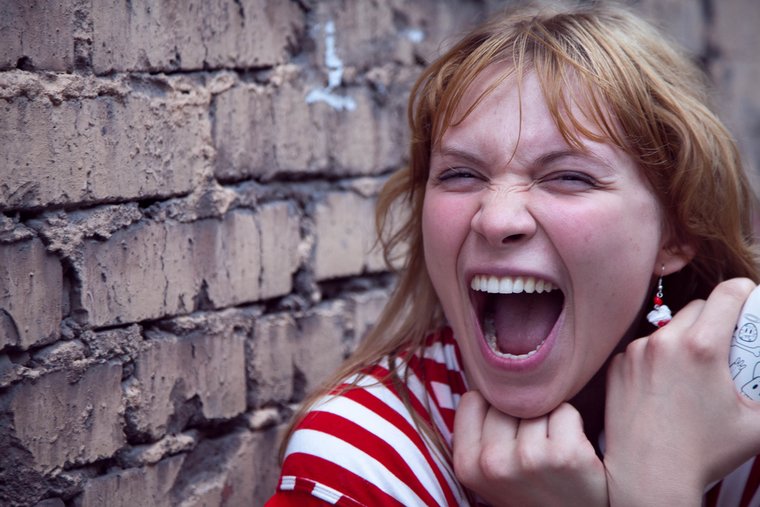 Due to this popular tradition of university, students can relieve stress, uttering screams from the windows of dormitories. This stunning event usually takes place at the week of exams, when the stress level exceeds the limit, and it is just necessary to get rid of negative emotions or prepating for writing term papers. Students like this "loud" tradition, that can not be said about those who live near campus and have no idea what is really going on. 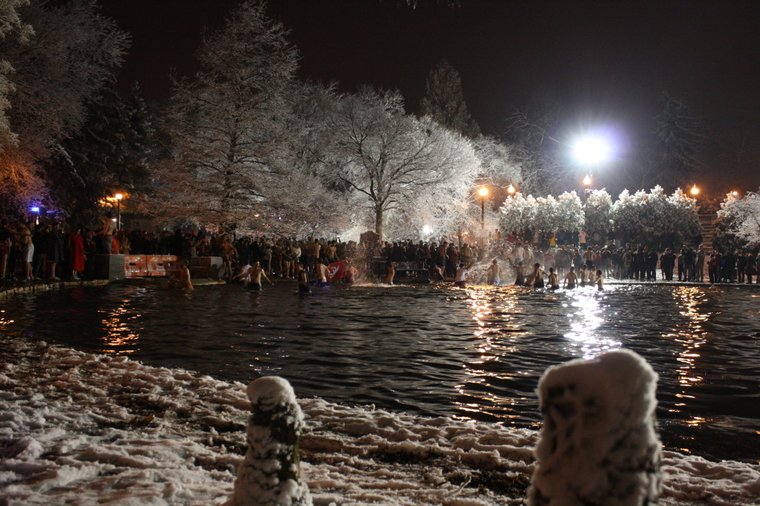 Most students of Ohio are ardent football fans. To support their, team on the eve of the match against the University of Michigan, its longtime rival, the week before the game, in a cold November night students arrange jumping into the lake, located on the campus. Even though the temperature outside at this time of year can drop below zero, students' crowd marching to the lake, singing happy songs, and then plunge into the icy water. 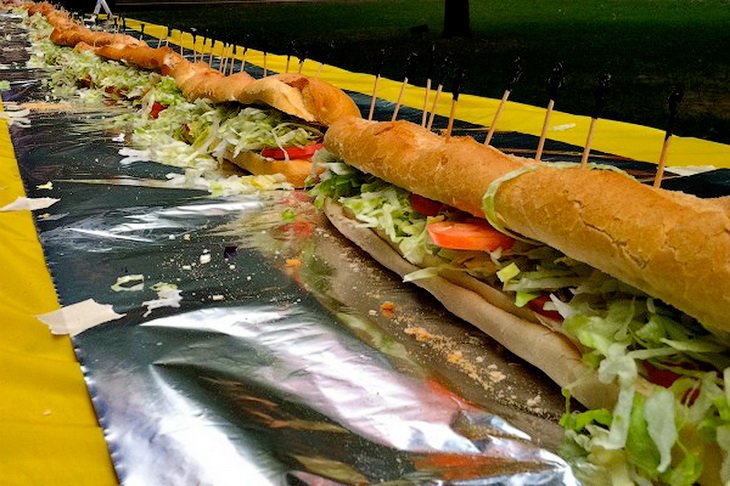 The Barnard College, private women's liberal arts college in New York, have a unique tradition associated with cooking. Every autumn, students gather to cook and then eat a huge sandwich "submarine" or "sub" (bread, from which it is made, is shaped like a submarine). The length of this "submarine" has already reached more than 712-foot, and it increases each year by nearly 30 centimeters. To support such an unusual but tasty tradition requires hundreds of kilograms of bread and toppings. 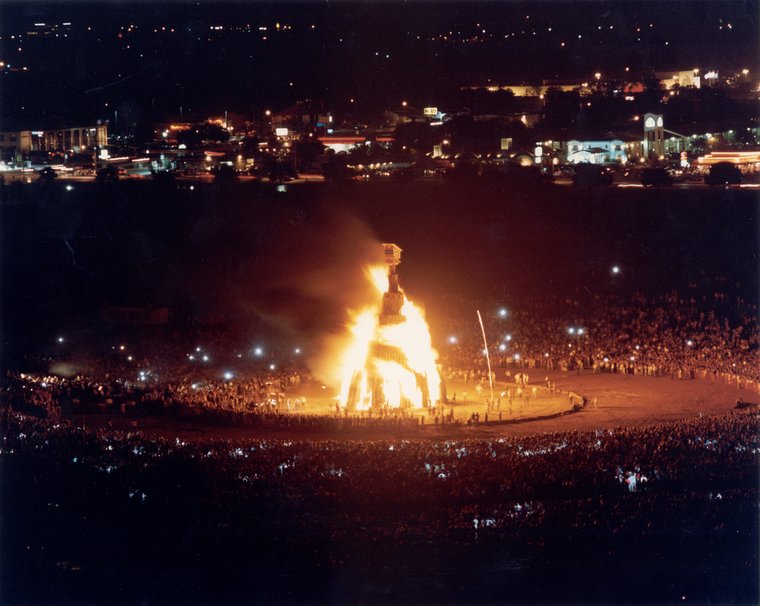 Aggie bonfire tradition is not officially permitted in Texas A&M University, because it is very dangerous and may cause harm to human life and health and property. However, the ban does not upset the students, but rather encouraged them to create their own version of event outside the campus. The tradition to construct a giant bonfire of large logs and even whole tree trunks originates since 1909. The tradition quickly became very popular: the number of those wishing to look at the spectacle of a large-scale fire sometimes reached seventy thousand. But unfortunately, in 1999, during the installation of logs for a fire twelve people died, and twenty seven were injured. Since then, "Aggie Bonfire" is not held as an official event. However, more secure (due to changes in the structure) version of this tradition off campus annually attracts about 15 000 spectators. 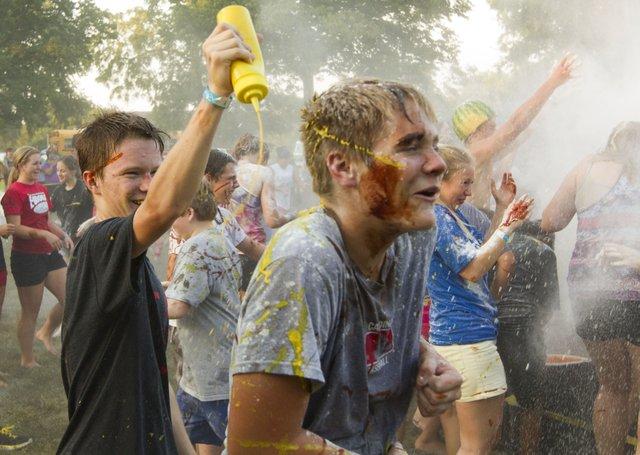 This university tradition has gone quite far from its origins. Earlier freshmen just got together and sang songs for the senior students. Now, after this action they arrange food fights and verbal skirmishes. This event is traditionally held at the beginning of school year. Each community of newcomers composes lyrics for seniors who evaluate their creativity and choose the winner. Just recently, students made some amendments to the tradition: in the battle after the "singing serenades" they replaced food with water, but it did not diminish the fun and good mood.

Cornell University: Day of the Dragon 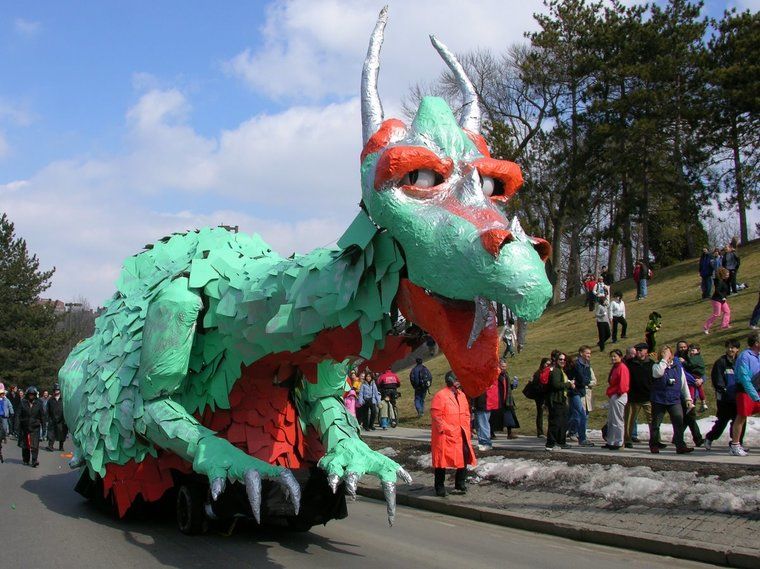 Day of the Dragon marks the confrontation between students of the two university colleges. Every year in March, freshmen of Architectural college create a giant dragon, with whom arrange march across campus. On the route they are waited by students of Engineering college who, seeing the approaching crowd, showered it with rude barrackings. At the end of march this dragon is burned at the stake. This tradition existed for over a hundred years. 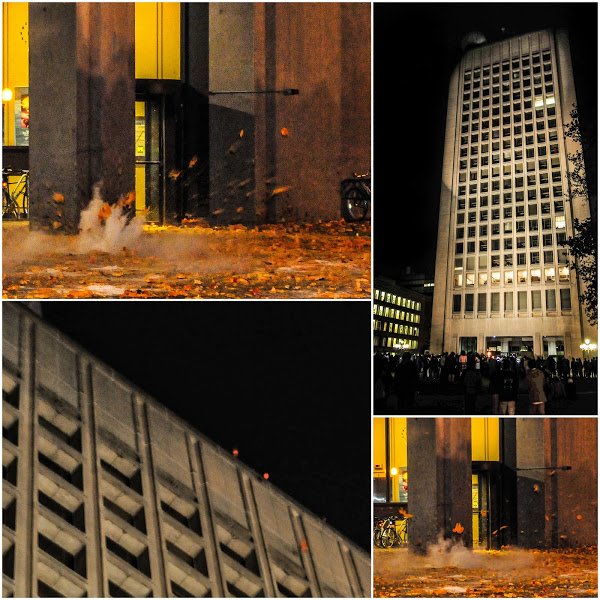 On Saturday, on the eve of Halloween at MIT is a mass throwing of pumpkins that demonstrates the wonders of science such as physics. At midnight many students get together around the tallest building on the campus, Green Building (its height reaches 90 m), to see how dozens of huge orange pumpkins fall down from its roof (you can watch video here). At these parties are usually invited DJs. According to the traditions of Halloween MTI students dress up in costumes and go from one dormitory to another, begging for sweets. 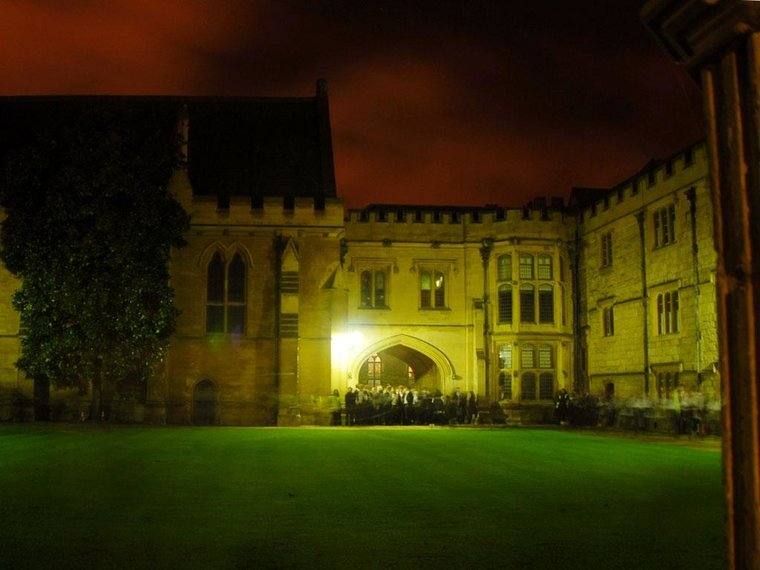 In late October, the UK sets the clock to winter time. At that moment the Time Ceremony takes place. Merton College students wear academic dress and organize one hour long back to front march around a quadrangular courtyard, sipping alcoholic cocktails. This tradition began in 1971, and its main and very important goal – save the integrity of the space-time continuum.